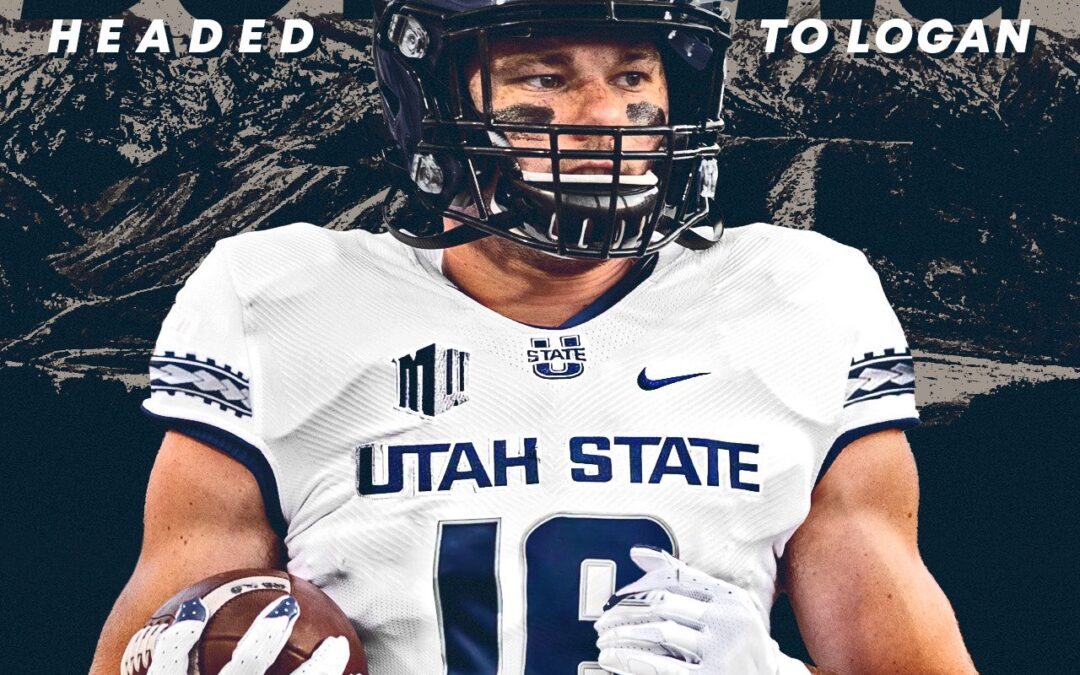 The Utah State coaching staff added a transfer wide receiver into the fold on the morning of Monday, January the 4th when former Arkansas State wide receiver Brandon Bowling accepted his scholarship offer. Rated a two-star by 247Sports coming out of high school, Brandon ranks as the No. 2,682 overall college prospect in the country, the No.382 wide receiver nationally and the No. 370 college prospect in the State of Texas in the 2016 class. Brandon currently checks in at 5 foot 9 and 190 pounds. As a senior in 2020, Brandon started in all 11 games and had a career year logging 39 receptions for 507 yards and 7 touchdowns. He also had 1 kick return for 13 yards. As a junior in 2019, Brandon played in all 13 games and recorded 28 receptions for 263 yards and 2 touchdowns. He also returned 6 kicks for 76 yards.

I had the opportunity to have a Q&A with Brandon about his commitment to the Aggies.

BP: Have you already signed your letter of intent with Utah State?

BB: Yes! I get to Logan January 14th and will be doing spring ball!

BP: So, your remaining eligibility is 1 year to play 1 correct?

BP: Can you talk briefly about your career at Arkansas State and your decision to leave?

BB:  I’m very grateful for my time at Arkansas state. They gave me a chance to play at the next level and I had an incredible five years there. For me, it was wanting to experience something different my last year. I’m lucky enough to get a sixth year because of covid and I thought no better time than now to try something different. Experience a different part of the country and I thought Utah State was the perfect place for that!

BP: That is a very refreshing way at looking at taking your new opportunity!

BP: How big a part did Coach Anderson and members of his former Arkansas State staff play in you coming to Utah State?

BB: They had a huge part in it. Coach Anderson recruited me back in 2015 and 2016 and then he was my Coach for five seasons. Coach (Kyle) Cefalo has also been my coach for a long time and me and him have built a very close relationship, so they definitely were one of the first people I reached out to as soon as I got into the transfer portal. I couldn’t imagine playing for anyone else other than those guys.

BP: I’m starting to get the feeling that there was a great family atmosphere with the coaching staff at Arkansas State.

BB: It definitely was a family their and it’s such a beautiful place.

BB: I haven’t been there in person yet but from pictures and everything I’ve seen it’s such a pretty place. Football wise they have had a great history of football and I know this past season didn’t go great for them but I’m excited to get there and turn things around and get back to winning.

BP: It’s definitely been better but getting experienced dudes like yourself, Logan Bonner and Kyle Mayberry will help get things back on track!

BB: I think you said it, I bring a lot of experience. I have five years of college football under my belt. Most guys get get four, maybe five (years), and I’m about to get my sixth season. To be able to have that experience is huge. I feel I’m definitely a quick guy who can create separation and catch anything that comes in my direction. I can pick up the crucial third down and make the big time catch when it’s needed.

BP: I like the confidence you have in not being afraid to be “the man” when the clutch play is needed!

BB: Not being afraid of making a catch in traffic is something I pride myself on and being able to block for my teammates is something I take pride in as well.

BP: It takes toughness to go over the middle and being a good blocker. I like that!

BB: Just making a name for myself and proving myself at Utah State. I have to earn everything this year and I’m looking forward to that challenge and to obviously win a (conference) championship as well.

BB: No one really Utah state was the only one!

BP: There is nothing wrong with knowing where you wanted to go right from jump!

BB: I think it goes back to wanting to experience something different. It’s a lot different than Jonesboro, Arkansas and I thought it would be a cool experience to go out somewhere I’ve never been before and live in a different part of the country. Obviously, Coach Cefalo and Coach Anderson being here was another big part too.

BB: Thanks man I appreciate it!!

What Brandon brings to Utah State is solid 6th year senior experience in a pass heavy offense. His familiarity with what new Aggie Head Coach Blake Anderson and more importantly new Passing Game Coordinator and Wide Receiver Coach Kyle Cefalo will ask of him will drastically shorten any learning curve he will have joining a new program. He works well out of the slot thanks to his quick, shifty footwork. He is a tough, physical receiver that doesn’t shy away from contact. He is willing to go over the middle of the field and risk getting crushed by a waiting linebacker. His sure hands make him a great target on third downs when a big play is needed. He is also a very capable blocker which is a must in order to earn playing time from Coach Cefalo. His addition to the team adds a known commodity to an Aggie receiving position group that is shy on overall experience.