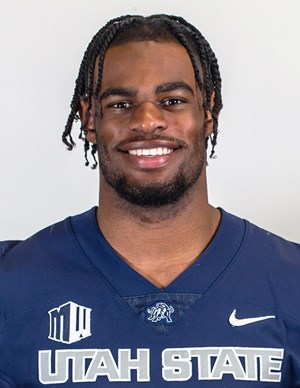 My offensive game ball is going to go out to senior wide receiver Deven Thompkins. Deven hauled in a career high tying nine passes for 125 yards and a touchdown that cut the byu lead to 27-20 late in the game.

I’m going to go with two players on the defensive side of the ball this week.

First up for a defensive game ball is graduate senior defensive tackle Marcus Moore. Marcus tied for the team lead in tackles with 9, while also adding 2.5 tackles-for-loss, and one quarterback hurry.

My second defensive game ball goes to graduate transfer junior Hunter Reynolds. Hunter also tied for the team lead in tackles with 9, while adding on 1.0 tackle-for-loss, 1.0 sack, and 1 pass breakup.

My special teams game ball has to go to graduate senior kicker Connor Coles. Connor went 2 for 2 on his field goal attempts, including hitting a career best 52 yarder. Connor was also perfect on his 2 PAT tries.