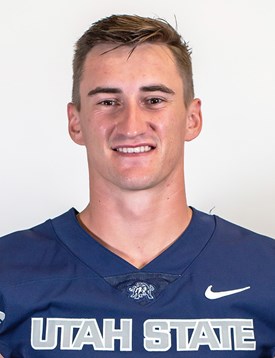 My offensive game ball is going to go to graduate senior wide receiver Derek Wright. Derek only snagged two passes this week but the were two HUGE receptions going for a total of 63 yards and 2 touchdowns. He also had a touchdown pass to running back John Gentry called back due to an offensive formation penalty. Otherwise his big night could have been even bigger.

I’m going to hand out a pair of defensive game balls this week.

My first defensive game ball will go to graduate senior safety Shaq Bond. Shaq came up BIG especially in run support as he played a big part within the Aggies defense as he recorded 7 solo tackles and 4 assists for a total of 11 tackles on the night.

My second defensive game ball is going to go to graduate senior linebacker Justin Rice. Justin also had a MONSTER night slowing down the Colorado State running game. Justin tallied 6 solo tackles and 4 assists for a total of 10 tackles on the night. He was also credited with 1.0 tackle-for-loss, and 1 QB hurry.

My special teams game ball has to go to none other than graduate senior place kicker Connor Coles. Connor had a BIG offensive night connecting on all 4 of his field goal attempts from distances of 30, 34, 40, and 45 yards out. He also hit both of his PAT attempts.