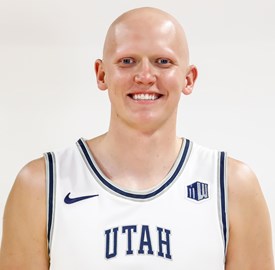 One player that has been making some noise and may see action much sooner than initially expected is true freshman Zee Hamoda. Hamoda joins the Aggies after spending a season at Bridgton Academy (ME). Unfortunately, his stats for his season at Bridgton were not available at press time. He has seen a few years of international action for his home country of Bahrain. During international play in 2019, Hamoda averaged 23.0 points per game, while shooting 69.0 percent from the floor, 42.9 percent from behind the 3-point line, and 40.0 percent at the free-throw line. He averaged 13.0 rebounds per game, 3.6 assists, 4.4 steals, and 2.6 blocked shots per contest. He got his first taste of international play in 2018, where he averaged 9.4 points per game while shooting 35.2 percent from the floor, and 23.3 percent from behind the 3-point line. He averaged 5.4 rebounds per game, 1.7 assists, and 0.7 steals per contest. Hamoda is an extremely athletic player with the versatility to play several different positions on the floor. He handles the ball well and can put it on the floor and slash to the basket in a hurry. He is currently a capable three-point shooter that will only get better as time goes on. His long wingspan allows him to get up and rebound much better than one would anticipate. He uses that length to his advantage on the defensive end of the floor as well, as he does a good job of keeping his opponent in front of him. I initially thought Hamoda was a sure-fire redshirt candidate but from what I’m hearing coming out of practices, I now believe he is going to prove to be too good to redshirt.

Adding depth to the position will be sophomore junior college transfer, Travis Wagstaff. Wagstaff joins the Aggies after playing one season at Snow Junior College (UT). He has 4 years to complete 4 years of eligibility. As a redshirt freshman in 2020-21, Wagstaff appeared and started in a combination of 22 games during the year, averaging 16.2 points per game, while shooting 41.9 percent from the floor, 34.2 percent from behind the 3-point line, and 80.4 percent at the free-throw line. He averaged 4.9 rebounds per game and 2.9 assists per contest. He also added 18 steals and 3 blocked shots on the season. As a true freshman in 2019-20, he sat out the season while redshirting at Utah Valley University. Wagstaff is a very good shooter. He can score at all three levels on the floor. He can handle the ball well for a player his size. He is an efficient scorer as he hits his shots at a good percentage rate. He rebounds the ball on both ends of the floor adequately. He is a very solid addition to the Aggie scout team and he could see some brief spot duty from time to time.