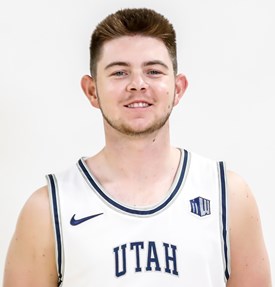 Once again I am forced to hand out two game balls for the Aggies double-overtime win versus the University of Pennsylvania.

My first game ball is going to go to junior point guard Rylan Jones. Rylan came up HUGE in overtime connecting on all his free throw attempts in the two extra periods on his way to finishing with 21 points. He finished the game hitting 5 of 13 shots from the field, 1 of 5 from behind the three point line but most importantly he came in a perfect 10 of 10 from the charity stripe. He also recorded 4 rebounds, 4 assists, and 1 steal.

My second game ball MUST go once again to senior power forward Justin Bean. For the second consecutive game Justin recorded a career high in points scored, as he poured in a team high 33 points. He connected on 13 of 19 shots from the field, 2 of 3 of his three-point attempts and a perfect 5 of 5 from the free throw line. He also recorded yet another double-double pulling down 6 offensive rebounds, 10 defensive rebounds for a total of 16 boards. He also tacked on 4 assists and 4 steals.