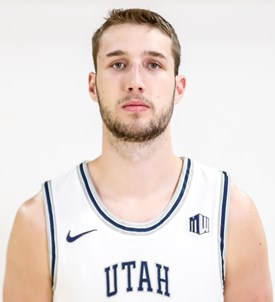 I’m have to go with two game balls to award for the Aggies BIG 78-49 road win over the University of Nevada Saturday night.

My first game ball is going to go to graduate senior stretch 5 Brandon Horvath. Brandon played a huge role in the Aggies victory by scoring 10 points while hitting 4 of 10 shots from the field and going a perfect 2 of 2 on his free throw attempts. He also pulled down 7 defensive rebounds on the night. He also handed out 2 assists, to go along with 2 steals and 1 blocked shot.

My second game ball has to go to sophomore point guard Steven Ashworth. Steven got the Aggies going was a major contributor to the victory by scoring 11 points while hitting 4 of 9 shots from the field, 2 of 6 from 3-point land, and going a perfect 1 of 1 on his free throw attempts. He also led the Aggies from the 1 spot by dishing out 7 assists. Steven also pulled down 1 offensive rebound and 5 defensive boards for a total of 6 rebounds.