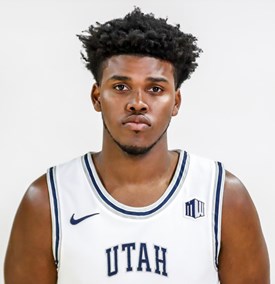 I’ll have just one game ball today after the Aggies lost a tightly contested game down the stretch 57-68 to Boise State.

My game ball will be going to senior combo guard RJ Eytle-Rock. RJ led the way for the Aggies on Saturday by scoring 16 points while hitting 6 of 11 shots from the field, connecting on 1 of 2 of his attempts from behind the 3-point line and making 3 of his 4 free throw tries. He pulled down 1 offensive rebounds and 3 defensive boards for a total of 4 rebounds on the night. He also handed out 2 assists and contributed 1 steal.