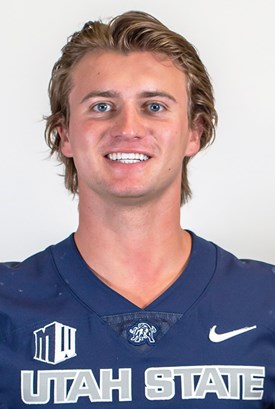 With graduate senior starter Logan Bonner sidelined for the duration of spring ball while a knee injuring sustained in the LA Bowl heals up, the battle for #1 reps at quarterback during spring ball will be a hotly contested one.

Junior Cooper Legas has only seen action in one game during his career but MAN did he make it count! Legas checked into the LA Bowl versus Oregon State mid-way through the second quarter and immediately dropped a perfectly thrown deep ball to wide receiver Deven Thompkins for a 62 yard touchdown pass on his FIRST career attempt. He finished the game completing 11 of his 20 pass attempts for 171 yards 2 touchdowns, and 1 interception. He also logged 8 carries for -14 yards and chipped in 1 reception for 34 yards. Legas is shifty as a runner and makes cuts upfield well, making him difficult to bring down. He is a true dual-threat quarterback and is a playmaker. He can extend plays with his legs and has a strong arm to make any throw needed in the pocket or on the run. He is a natural leader at the quarterback position and has a great understanding of his pre-snap reads and responsibilities.

Junior Levi Williams had his own breakout bowl game this season. In a 52-38 win over Kent State in the Idaho Potato Bowl, he ran for a career high 200 yards and 4 touchdowns. While at Wyoming during the 2021 season he had 63 completions in 109 attempts for 863 yards, 5 touchdowns and 8 interceptions. He also recorded 56 carries for 282 yards and 1 touchdown. Williams was a top-rated QB coming out of high school and was a good get as a transfer. He appears extremely comfortable in the pocket going through his progressions and is confident in his arm and ability to make throws, even in tight windows. He makes strong accurate throws and can play out of shot-gun, in play-action and throw on the move. He has proven he can take off and run it himself when the situation arises.