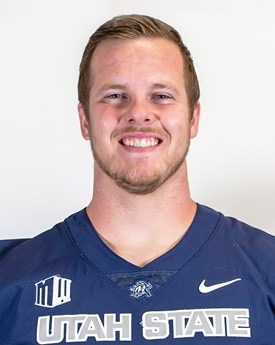 With the graduation on multi-year starter Demytrick Ali’ifua, this spot is wide open and I see three players getting a really good look over the course of spring practice.

In 2021, Wade saw action in all 14 games. He is an athletic offensive lineman that runs well out in space. The coaching staff believes he has the potential to be a very productive and long offensive lineman who will use his tremendous athletic ability to get after opposing defensive players. As a multi-sport athlete growing up, he developed great footwork that allows his  He has a passion for the game and he shows that once he is on the field. A huge plus is his ability to play all five position having played guard, tackle and center. That type of versatility is not only rare but an Offensive Line Coaches dream.

In 2021, Elia spent the season as a redshirt. He is deceptively nimble, he moves well on pulls and on screens where most kids his size trip over their own feet. Above-average athleticism and an extremely strong lower-body. His footwork is beyond what most kids his age possess. He is able to maintain a consistent pad level at the line of scrimmage. He is good at keeping his hands inside and once he is engaged with a defender his typically dominant and finishing is blocking assignment. He has the chance to play sooner rather than later leaning on his strength and ability to finish.

Weylin was a three-year starter for one the best high school teams in the state of Utah. He has impressive straight-line speed, which allows him to quickly get out in front of plays to block. He can also push defenders back in the trenches with his strength, opening up holes for runners. He is agile and has a stout violent punch in pass protection. Thank to his solid upper body strength, he uses his leverage well to set a strong foundation to hold his ground against pass rushers. Because he is very technically sound and has good mobility, he is quick to react to counter moves.