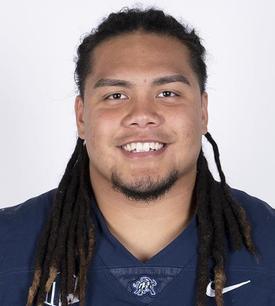 I’ll be handing out two defensive game balls this week.

My second defensive game ball will be going to senior linebacker AJ Vongphachanh. Vongphachanh finished the game with ten tackles, including seven solo tackles. He was also credited with 1.0 sacks, 2.0 tackles-for-loss, and also broke up a Rebel pass attempt.

My special teams game ball will be going to redshirt freshman safety Ike Larsen. Although he was limited in his playing time due to an injury, Larsen made his presence felt in a BIG way by blocking a Rebel punt that shot backward into the endzone resulting in a safety, and the Aggies were awarded two points.