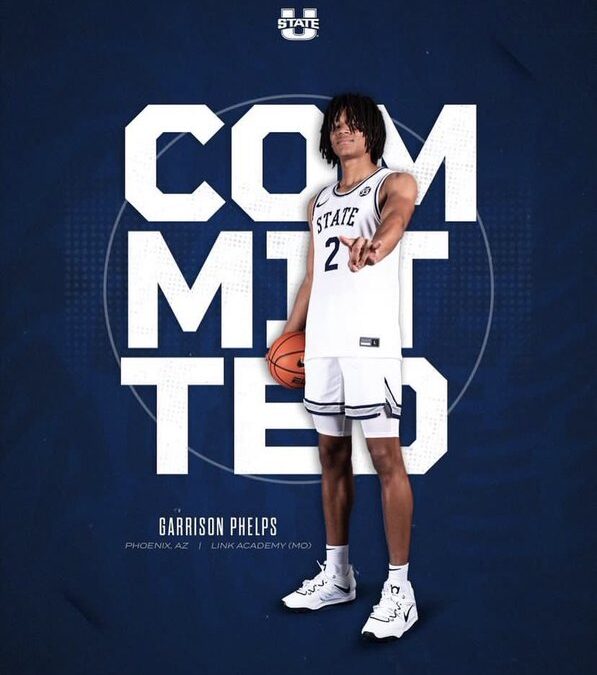 Utah State picked up a verbal commitment Saturday afternoon from Link Year Academy (MO) shooting guard Garrison Phelps. Phelps is a 6 foot 6 191-pound prep student and will be eligible to join the Aggies for the 2023-24 season. Phelps and his family came to Logan on an official visit from October 3rd to the 5th. As a senior at St. Mary’s High (AZ) last season, Phelps averaged 15.3 points per game while shooting 58.0% from the field, 37.0% from behind the three-point line, and 82.0% at the free throw line. He also pulled in 6.1 rebounds, handed out 4.2 assists, and swiped 2.9 steals per game. For his incredible effort, Phelps was named the Arizona Defensive Player of the Year, First-Team All-Arizona, First-Team All-State, First-Team All-Region, as well as the Regional Defensive Player of the Year. As a junior, he earned multiple accolades as well, including First-Team All-Arizona, First-Team All-State, and First-Team All-Skyline Region. He is the second commitment for the class of 2023 for the Aggies, joining returning missionary Dallin Grant from Cedar City High (UT). At the time of his commitment, Phelps held offers from Oakland, Missouri State, Montana, Southern Illinois, and Texas State and he chose to commit to Utah State just a couple of weeks after receiving his offer.