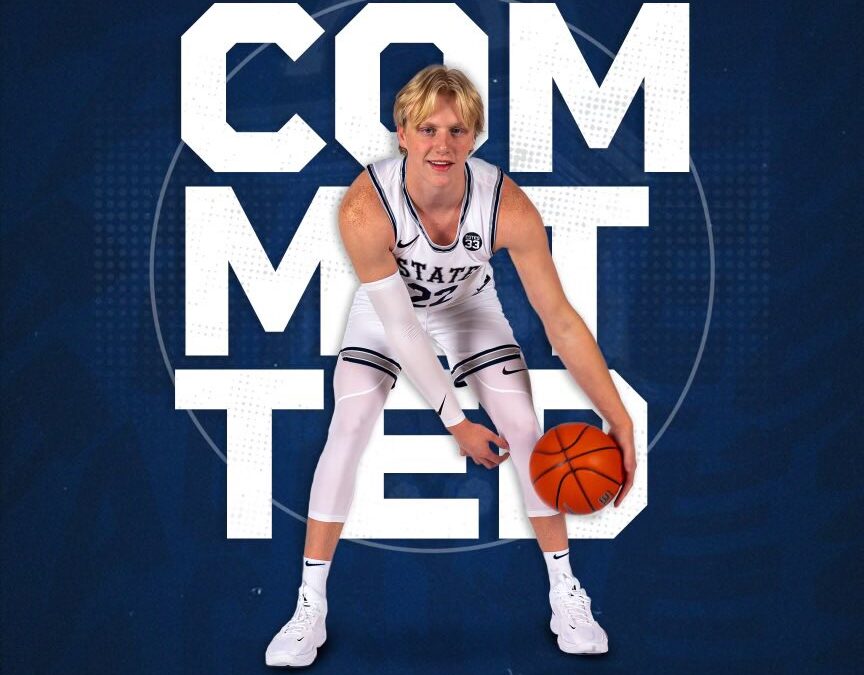 Utah State picked up a verbal commitment this afternoon from Lovejoy High (TX) power forward Karson Templin. Templin is a 6 foot 8 220-pound high school senior and will be eligible to join the Aggies for the 2023-24 season. Templin and his family came to Logan on an official visit from October 10th to the 12th. As a junior at Lovejoy High (TX) last season. Templin averaged 15 points per game while shooting 53.6% from the field, 25.0% from behind the three-point line, and 57.1% at the free-throw line. He also pulled in 9.0 rebounds, handed out 0.8 assists, and swiped 0.6 steals and 3.5 blocks per game. For his outstanding effort last season, he earned multiple accolades as well, including 10-5A District Most Valuable Player, and First-Team All-Region. As a sophomore, he was named the 10-5A District Defensive Player of the Year. He is the third commitment for the class of 2023 for the Aggies, joining returning missionary Dallin Grant from Cedar City High (UT) and Link Year Prep Academy (MO) shooting guard Garrison Phelps. At the time of his commitment, Templin held offers from  Abilene Christian, Angelo State, Bucknell, Incarnate Word, Indiana State, Louisiana-Lafayette, Lipscomb, Maryland-Baltimore County, Oral Roberts, Sam Houston State, San Jose State, Toledo, UNLV, and Utah Valley.