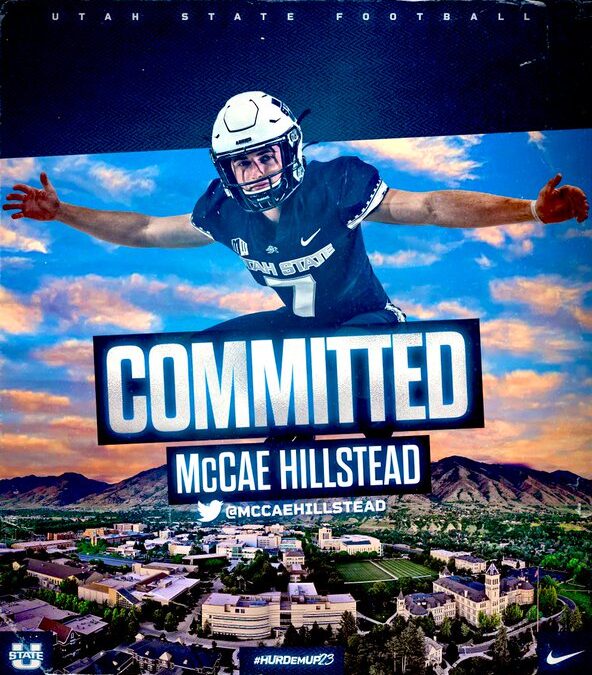 My second Utah State football recruit of the week will be Skyridge High (UT) quarterback McCae Hillstead. Hillstead had to overcome an ankle injury that cost him most of his senior season. In a 47-22 victory over Davis High (UT) in the 6-A quarterfinals of the Utah State Playoffs, Hillstead returned with a vengeance completing 15 of 23 passes for 286 yards and four touchdowns, while also adding 29 yards on four carries with his legs. Hillstead returns to action this Thursday when the Falcons take on Bingham High (UT) in the 6-A semi-finals.