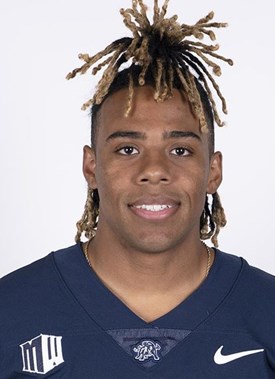 My defensive game ball will go to senior defensive EDGE rush end Byron Vaughns. Vaughns had one of his most productive games of the season as he racked up 6 tackles, including 5 solo tackles and 1 assisted tackle. He picked up 1.0 sacks and a career-high 3.5 tackles-for-loss while recording 1 QB hurry.

My special teams game ball will be going to junior punter Stephen Kotsanlee. Kotsanlee was on the field often early in the game Friday morning as he booted the ball 5 times with a long punt of 47 yards, for an average of 40.4 yards per punt. Kotsanlee also landed three punts inside the 20-yard line.