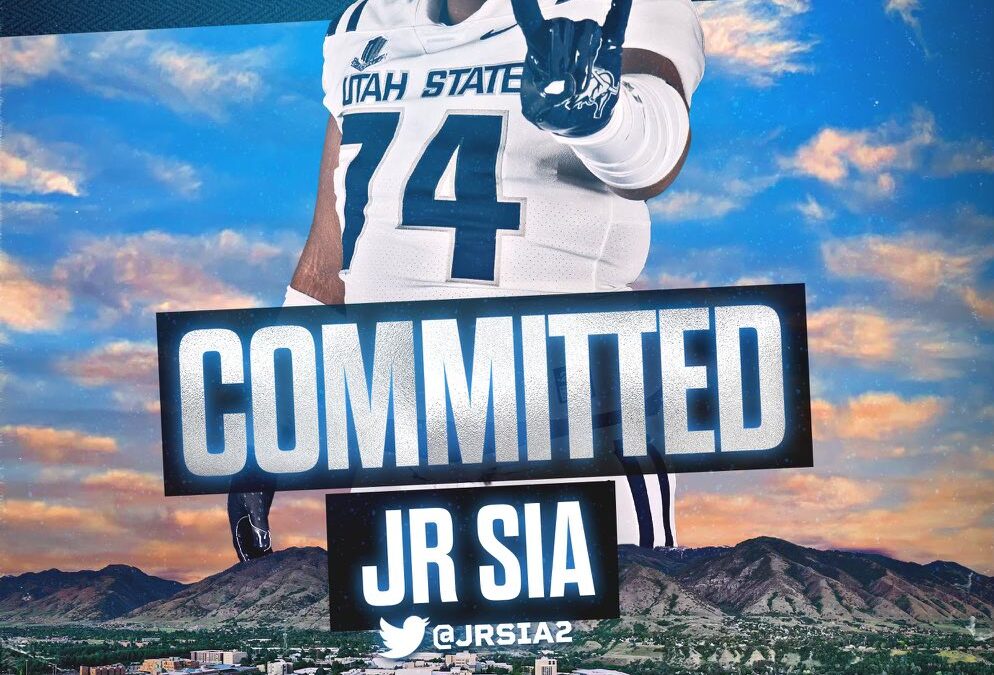 Utah State picked up a verbal commitment this afternoon from Mountain Ridge High School (UT) offensive lineman Jr Sia. Sia was in Logan on his official visit over the weekend of December 9th and chose to make it official today. Sia is a 6 foot 6 308-pound high school senior and will join the Aggies in June for the 2023 season. He was a 4-year starter at left tackle for the Sentinels, who rewarded him with a 2-yard carry for a touchdown on his final play as a high school football player. He was recently named to the 6-A All-State First-Team and First-Team All-Region 3. As a junior, he earned a 6-A All-State honorable mention nod and was named First-Team All-Region 3. According to 247sports, Sia is rated as the 77th-best tackle in the country and the 11th-best player in the State of Utah. His rating will rank him as the 5th highest rated recruit the Aggies have ever signed. He is the seventh high school commitment and the fourteenth commitment overall for the Aggies 2023 recruiting cycle. At the time of his commitment, Sia held offers from Nebraska, utah, and Virginia. Sia wrapped up his illustrious four-year career at Mountain Ridge by helping the Sentinels go 7 and 5 and advance to the second round of the 6-A Utah State Playoffs.