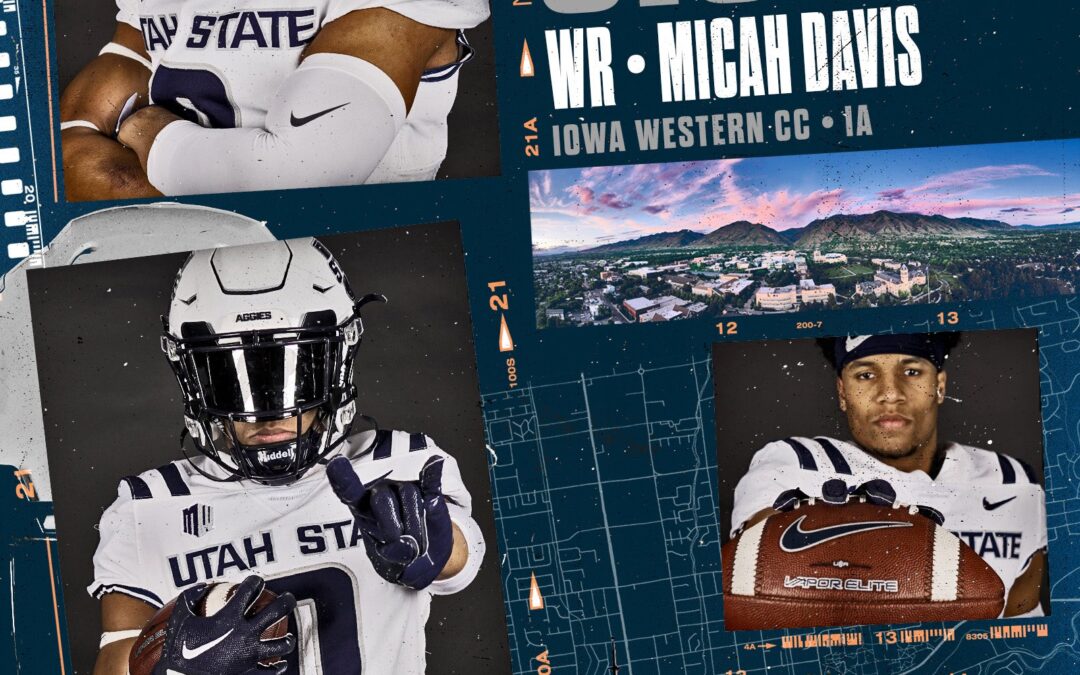 Utah State has signed Iowa Western Community College (IA) wide receiver Micah Davis. It is unclear at press time if Davis has officially visited Logan. Davis is a 5 foot 11 185-pound sophomore and will join the Aggies in January and participate in spring football. He will have three years to complete his final two seasons of eligibility. Davis spent the 2022 season at Iowa Western Community College and snared 33 passes for 289 yards and 2 touchdowns. Although he only saw action in 4 games back in 2020, Davis began his collegiate career at the Air Force Academy. He is the ninth junior college signing and the ninteenth overall signing for the Aggies 2023 recruiting cycle. At the time of his signing, Davis held offers from Coastal Carolina, Indiana, Southeast Missouri State, and Wyoming. Davis wrapped up his career at Iowa Western helping the Reivers go 10 and 2 and convincingly win the 2022 NJCAA National Championship.