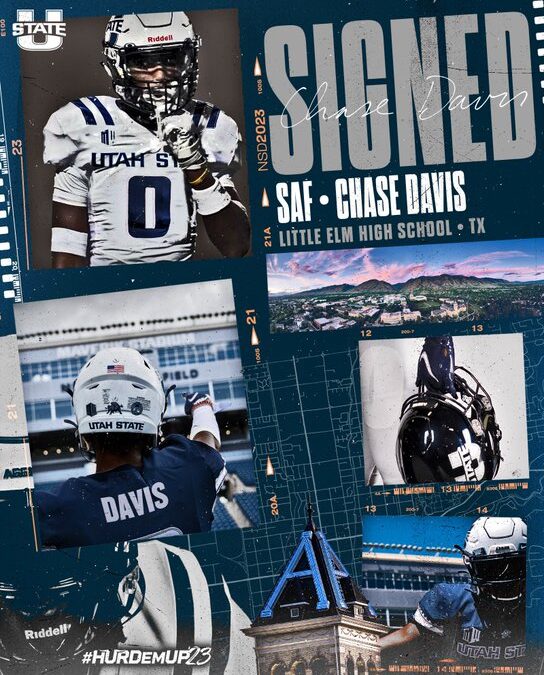 Utah State has announced the signing of Little Elm High School (TX) safety Chase Davis. Davis is a 6 foot 2 185-pound senior and will join the Aggies for the 2023 season. During his final high school season for the Lobos, the squad went 2 and 8. At press time there are no stats available for Davis. According to 247sports, Davis is rated as the 68th-best safety in the country and the 140th-best player in the State of Texas. His rating would rank him as the 3rd highest-rated recruit the Aggies have ever signed. He is the tenth high school signing and the twenty-third overall signing for the Aggies 2023 recruiting cycle. Coming out of high school Davis originally held offers from Arizona St, Central Arkansas, Colorado, Grambling St, Houston Christian, Louisiana-Lafayette, Louisiana Tech, Memphis, New Mexico St, Northern Arizona, Prairie View A&M, Sam Houston St, Stephen F. Austin, Texas A&M Commerce, Texas St. Davis had been committed to Arizona State since June.