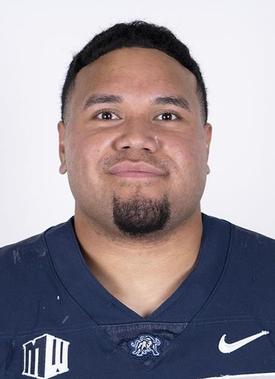 My first offensive game ball will be going to graduate senior wide receiver Brian Cobbs. Cobbs ended his collegiate career at Utah State in style snagging 6 passes for 76 yards and a 44-yard touchdown mid-way through the fourth quarter.

My first defensive game ball will go to senior defensive EDGE rush end Byron Vaughns. Vaughns had one of his most productive games of the season as he racked up 7 tackles, including 4 solo tackles and 3 assisted tackles. He picked up 1.0 sack and 2.0 tackles-for-loss and also scooped up a fumble recovery.

My second defensive game ball will go to junior defensive tackle Poukesi Vakauta. Vakuata was very active this week and made a living in the Memphis offensive backfield. He was credited with 2 solo tackles and 1 assisted tackle for a total of 2 on the afternoon. He also totaled 1.0 sack and 1.5 tackles-for-loss.

My special teams game ball will be going to graduate senior Connor Coles. Coles connected on his only field goal attempt of the game which he put directly through the uprights from 53-yards out. Not only was his kick a career-high best, it was also a First Responder Bowl record as well.