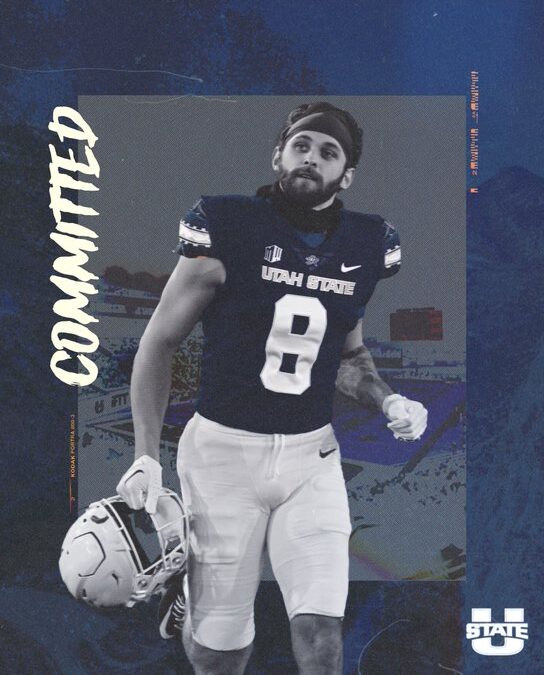 Utah State has signed Stanford University wide receiver, Colby Bowman. Bowman made a brief official visit to Logan over January 4th and 5th, “saw all he needed to see” and chose to join the Aggie before he left campus. Boman is a 6 foot 2 200-pound senior, who had one more quarter to complete at Stanford and will join the Aggies on March 20th just in time to participate in spring football. He has two seasons of eligibility remaining. During his four seasons at Stanford, he saw action in 25 games primarily as a special teams contributor but he did catch 7 passes for 44 yards in 2022. According to 247sports, coming out of St. John Bosco Prep (CA), Bowman was rated as the 195th-best overall player nationally, the 38th-best wide receiver in the country, and the 37th-best high school player in the State of California. His rating would rank him as the highest-rated recruit the Aggies have ever signed. He is the third transfer portal signing and one of twenty-four total signings thus far for the Aggies 2023 recruiting cycle. Coming out of high school Bowman originally held offers from Arizona State, Boston College, California, Colorado, Nevada, Stanford, and Vanderbilt. Bowman is ready to get in and compete right away and get acquainted with his new teammates.