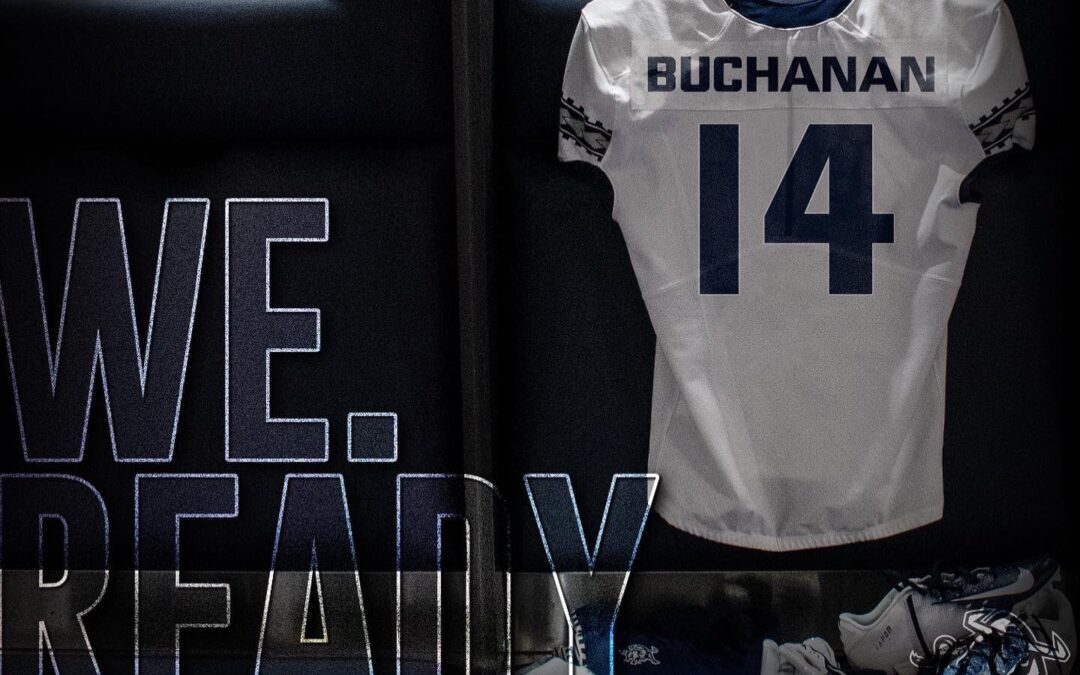 I had the opportunity to have a Q&A with Parker about his verbal commitment to the Aggies.

BP: First question, will you be joining the team in a year for the 2021 season or are you a mission first player?

PB: Right now I’m planning on a mission but things could still change.

BP: I know it’s really early and it’s tough to plan such a big step so far in advance.

BP: You will be coming to Utah State as a scholarship athlete correct?

BP: I know that it is early but do you plan on signing with Utah State during the early signing period in December or will you wait until the traditional signing day in February?

BP: What position does the coaching staff plan on having you play?

PB: Tight end or outside linebacker.

BP: Have you ever had an opportunity to visit the campus or meet with the coaching staff?

PB: Yes, I’ve visited the campus and have met with some of the coaches.

BP: What was your first impression of the campus and the members of the coaching staff that you have been able to meet?

PB: It felt like a home away from home. It just felt like it was the right fit for me and the coaches that I’ve been able to talk to have been super welcoming and super nice guys. They are guys that I would love to play for.

BP: This staff has really earned a reputation as a tough but player friendly staff.

PB: I feel like I’m a player that will do anything to win. I’m very competitive and I’ll bring a winning attitude with me. When I step on the field I bring a big frame but with that, I bring versatility and athleticism which I think will be trouble for opposing teams.

BP: Honestly, I can you as both a tight end and a linebacker just because of your mobility alone. Whichever offensive or defensive coach wins the argument about who gets you is going to be lucky!

PB: I feel like I’ve developed the skill of staying calm in tense/clutch situations. I’ve learned to be able to manage a team in crunch time by being a QB in high school. My sophomore year we had a triple overtime game and a double overtime game. We won both of them and I learned in (games like) those how to perform and stay calm in the clutch.

BP: Cool under fire! I like that. It’s always good to have a player that a coach can lean on to be a leader when the game is on the line.

BP: You spoke earlier about playing either tight end or outside linebacker. Do you have a preference?

PB: Not really, whatever position the coaches need me most at is what I want to play.

BP: That’s a great “team first” attitude to have.

PB: Yeah, always got to put the team first.

BP: You also play basketball. Do you feel like being a dual-sport athlete helps you be a better football player?

PB: Oh yes, for sure. Basketball uses some different muscles than football and it’s good to activate and use those. Also, basketball helps with my footwork a lot, doing post moves helps me be light on my feet.

BP: Awesome! Multi-sport athletes usually do well at the next level.

BP: I know that things are still kind of up in the air with next season but what goals or aspirations do you have leading into the 2020 season?

PB: First off, I want to have one last fun time with all my friends. There’s nothing better than being under the lights on Friday with all of your buddies but I want to have a winning season, and make a run in the state playoffs.

BP: I love the goals and clearly being a good teammate is very important to you!

BP: Have you talked to any of the other guys that have already committed, signed or are already on the team?

PB: I’ve talked to Ike (Isaac) Larson who is my age, and is committed there. We used to play AAU basketball with each other.

BP: Cool! Ike is a good dude. We’ve spoken a few times. He was the first commit to the Aggies 2021 class.

PB: I chose to commit because how of warm and welcoming the coaches were. Also, the coaching staff wants to win and I love winning. I feel like it’s a great place to go play football and win games in a fun atmosphere. Also, Utah State is a very good academic school so that is great as well.

BP: You found a great home and a great coaching staff to continue your winning ways! Welcome to Aggie Nation!

Regardless of the position that Parker ends up at once he steps onto campus, he is going to have the opportunity to be successful. As a two-sport athlete Parker has developed into a very mobile athlete and thanks to his basketball roots, he also has good feet/footwork and that translates well onto the football field. When gets out of the pocket and runs, he runs with power and purpose and that means he isn’t afraid of contact. That will bode well for the future tight end/linebacker because they are high impact positions and he clearly isn’t afraid of contact. In terms of playing tight end it would be nice to have seen some footage of him catching more than one pass but often times at the high school level the best athlete on the field  is the quarterback and in looking over football and basketball film of Parker, he is every bit of the term athlete and that will serve him best at the next level as an Aggie at Utah State.